Akira is introduced as the younger brother of Kaori Tanaka, and therefore the youngest child and youngest member of the Tanaka household. In the early stages of the series, he begins to suspect that the Kirishiki family is responsible for the deaths in the village, but is unclear how until the series progresses, at which point he begins to believe they are "okiagari". 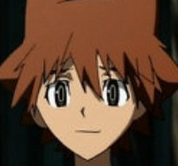