He lives in a house with his wife, son, daughter-in-law, and two grandchildren.

It seems that he has brutal personality. This personality turned murderous after he rose up, as he killed his son and grandchildren. He boasted about not getting sick once because of his robustness. Not even a cold or a stomach ache could get him to stay in bed.

Iwao begins to seem sickly. His daughter-in-law suggests that he should go to the hospital, but this causes him to get angry and yell that he's fine. When she begins to protest he tells her to shut up. He decides that going bed early will make him get well.

He passes away. Dr. Ozaki comes to his house to do an autopsy, causing he and Iwao's wife to argue because she doesn't want him to. In the end, he takes a blood sample so he an write the death certificate.

As Oitarou and another woman are gossiping, Akira overhears them say that someone that looked like the dead Iwao was spotted in Itou's abandoned houses.

At a little past noon, Akira goes there to investigate. The doors and windows are all locked and boarded up from the inside. In one of the closets, he finds Iwao, who's asleep. Akira gets his stake ready and is about to kill Iwao, but Tatsumi sneaks up from behind and strangles him until he passes out. He then ties Akira up.

At 5pm, Iwao wakes up to find Akira unable to move.

After Motoko demands that Toshio go to Yamairi to find Iwao, Toshio thinks that Iwao is already dead, because Natsuno already killed him. 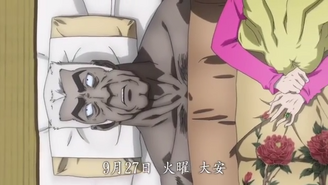 Iwao dies as a human 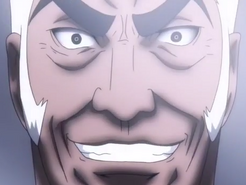 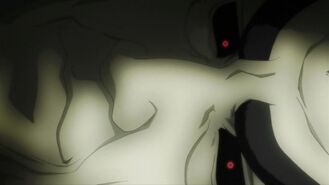 Iwao awakens, seeing Akira
Add a photo to this gallery

Retrieved from "https://shiki.fandom.com/wiki/Iwao_Maeda?oldid=17295"
Community content is available under CC-BY-SA unless otherwise noted.