Yoshikazu Tanaka is the husband of Sachiko and the father of Kaori and Akira. There is a focus on him at the start of episode 12. 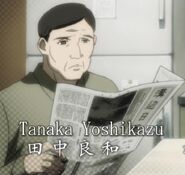 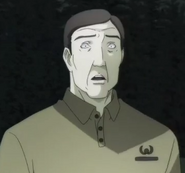